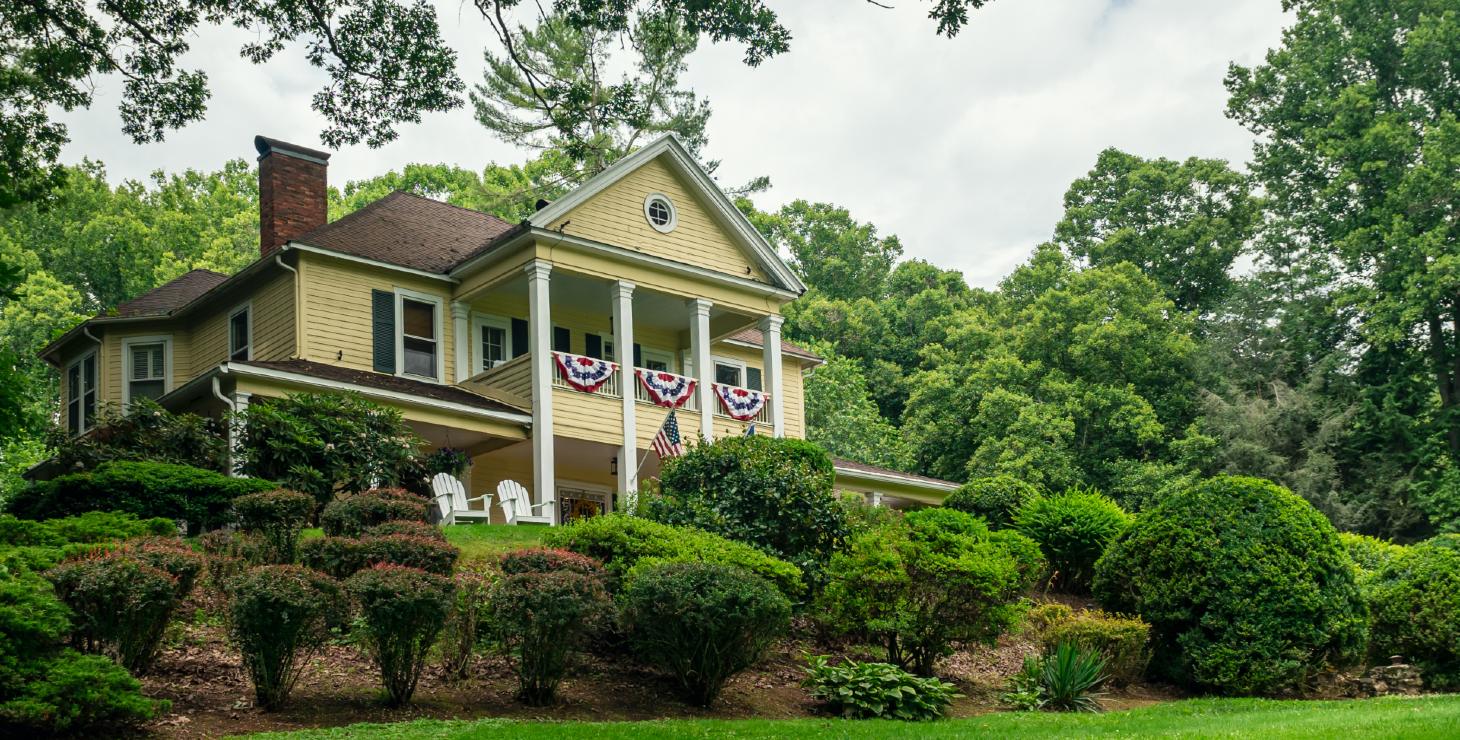 The Yellow House B&B is a romantic Waynesville inn, where the Blue Ridge & Great Smoky Mountains meet. It was originally built as a summer home in the late 1800s, but today it welcomes many to experience the beauty and splendor of this wonderful home and beautiful area. 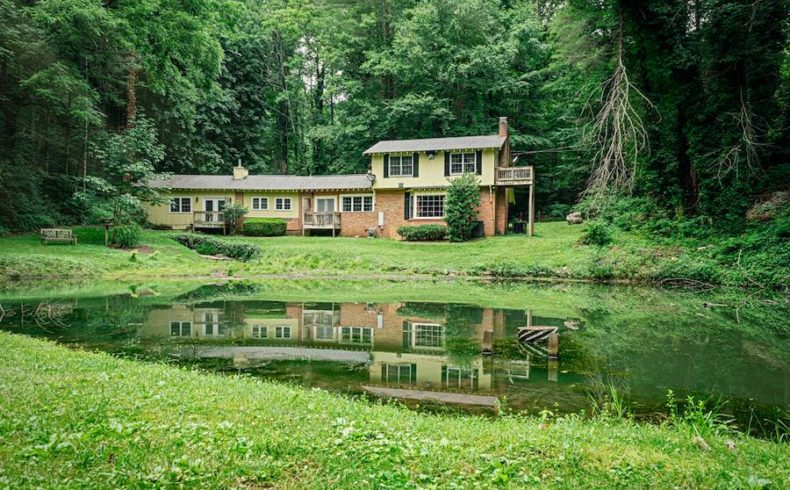 The grounds and gardens of The Yellow House Bed and Breakfast are truly special and help to make your stay here unique. Our five beautiful, rolling acres offer two ponds, a stream, waterfall, walking paths, and many native plants for our guests to enjoy.

There are many ways to relax in this picturesque mountain setting in Waynesville, NC. Our covered gazebo area offers a perfect place to sit and relax as you listen to the soothing sounds of a gentle mountain stream or enjoy a quiet conversation. The fire table provides a space to relax and enjoy the mountain air as the sun sets. Share a picnic lunch and a bottle of wine down by the waterfall. Feed the fish as you unwind on the pond deck, or just relax in a hammock as you listen to the wind in the trees and watch the clouds roll by. 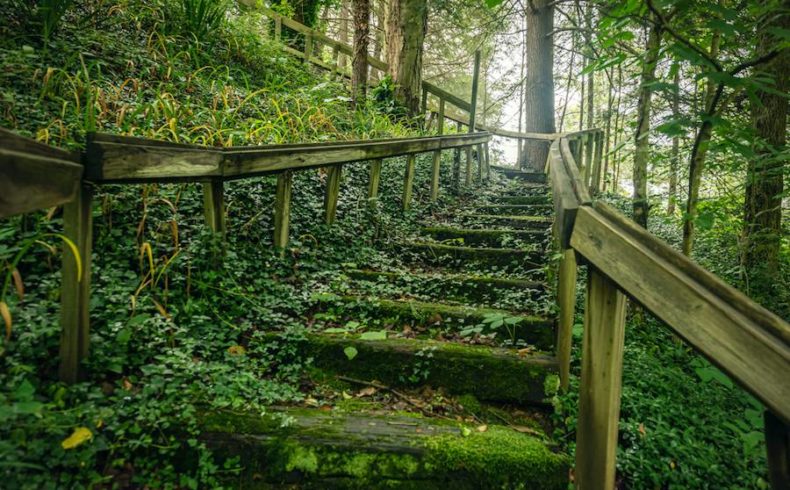 The Yellow House was featured in the issue of “Our State – North Carolina” magazine as one of three North Carolina bed & breakfasts with outstanding grounds.

Whether your goal is to simply relax or to find that special romantic spot, step outside of this historic inn to rediscover the splendor and serenity of nature on the grounds of our luxurious and romantic bed and breakfast inn. Our grounds also serve as one of the most beautiful Waynesville, NC wedding venues.

History of The Yellow House

In the late 1800s, the Lykes family, of the Lykes Brothers Steamship Company, was one of many Florida families drawn to this area to escape the summer’s heat and humidity. They built the original structure, the main house, around 1885 in the Neo-Classical design and painted it yellow. The house has remained the same color ever since. In the early 1900’s the owners of the property were J.M Palmer and William Nichols. Some of their descendants still live in the immediate area.

W.T. Lee owned the property in the 1920’s through early 1930’s. Lee was a North Carolina State legislator and active in Western North Carolina politics. The Yellow House became a popular gathering place for local politicians and civic servants. Many interesting political discussions allegedly took place on the veranda. During the Prohibition years, the main house doubled as a speakeasy, serving illegal alcohol. The current long, winding driveway was installed so that a look-out could easily spot authorities driving up so they could quickly hide the booze in the hidden room, previously located behind the bookcase in the back hallway.

The property was later owned by other local prominent families, like the Masseys, whose descendants operate the popular chain of Mast General Stores in Western North Carolina. The Smathers, another prominent family, owned the house and several of the surrounding acres, many of which have since been divided and sold. Mrs. Joyce Smathers also built the current red brick Yellow House veranda, replacing the old wooden one. She recalled that newspapers dating back 80+ years were found under the old porch when the veranda was replaced.

In the 1960’s Mrs. Smathers sold the main house to William McLean of the McLean trucking empire. The McLean’s added a new section to the back of the main house and completely renovated some of the older rooms. Mrs. Smathers moved into a home at the top of the upper pond, in what became known as “Joy’s Place.” She lived there until her death in 1997. The property changed hands twice more since Mr. McLean’s ownership, including Tom Morgan, a local fuel magnate, and Dr. and Mrs. Clifford Thompson.

Donna and Steve Shea purchased the Bed & Breakfast property from the Smith’s in early 2004. They renovated “Joy’s Place”, now known as the Pond House, and created three new suites in the building. The Shea’s also added restaurant service and other amenities to the Bed & Breakfast.

In 2006, the Shea’s sold the property to Dr. Don Cerise. Dr. Cerise’s sister, Susan, operated the Bed & Breakfast for him. During that time, Susan added several landscaping features to the property including the small waterfall and stone patio. In early 2010, Shawn Bresnahan, a friend of the Cerise family, took over the day-to-day operations of the Bed & Breakfast from Susan.

In 2017, Ken and Kelli Todtenhagen purchased the Bed & Breakfast from the Cerise family and undertook several remodeling and restorative projects. In late 2019, Chad King and Josh Larson purchased The Yellow House from the Todtenhagen’s. Chad & Josh are proud owners & operators of this historic property steeped in rich history. They continue the tradition of delighting guests with southern hospitality while restoring and renewing the majestic property for all enjoy.

After living in Minnesota’s frozen tundra, Chad King and Josh Larson decided it was time to find a more temperate climate. They fell in love with the tranquil and picturesque mountains of Western North Carolina, the charming town of Waynesville, and the majestic Yellow House on Plott Creek Road. In October 2019, they packed up their belongings and their dog (Harry) and moved into The Yellow House.

Josh and Chad bring experience in hospitality, property management, marketing, finance, and business. Chad has previously worked as a youth minister, a marketer and product manager in the publishing industry, and product developer for a Fortune 10 company. Josh has an extensive background in health care administration, compliance, and quality improvement.

Chad and Josh are humbled and honored to be the innkeepers of this elegant inn. They are dedicated to maintaining the classic character of The Yellow House while incorporating their passions for delivering delightful guest experiences, all things food-related, and the great outdoors. Chad and Josh look forward to welcoming new faces to the inn as well as hosting returning guests. 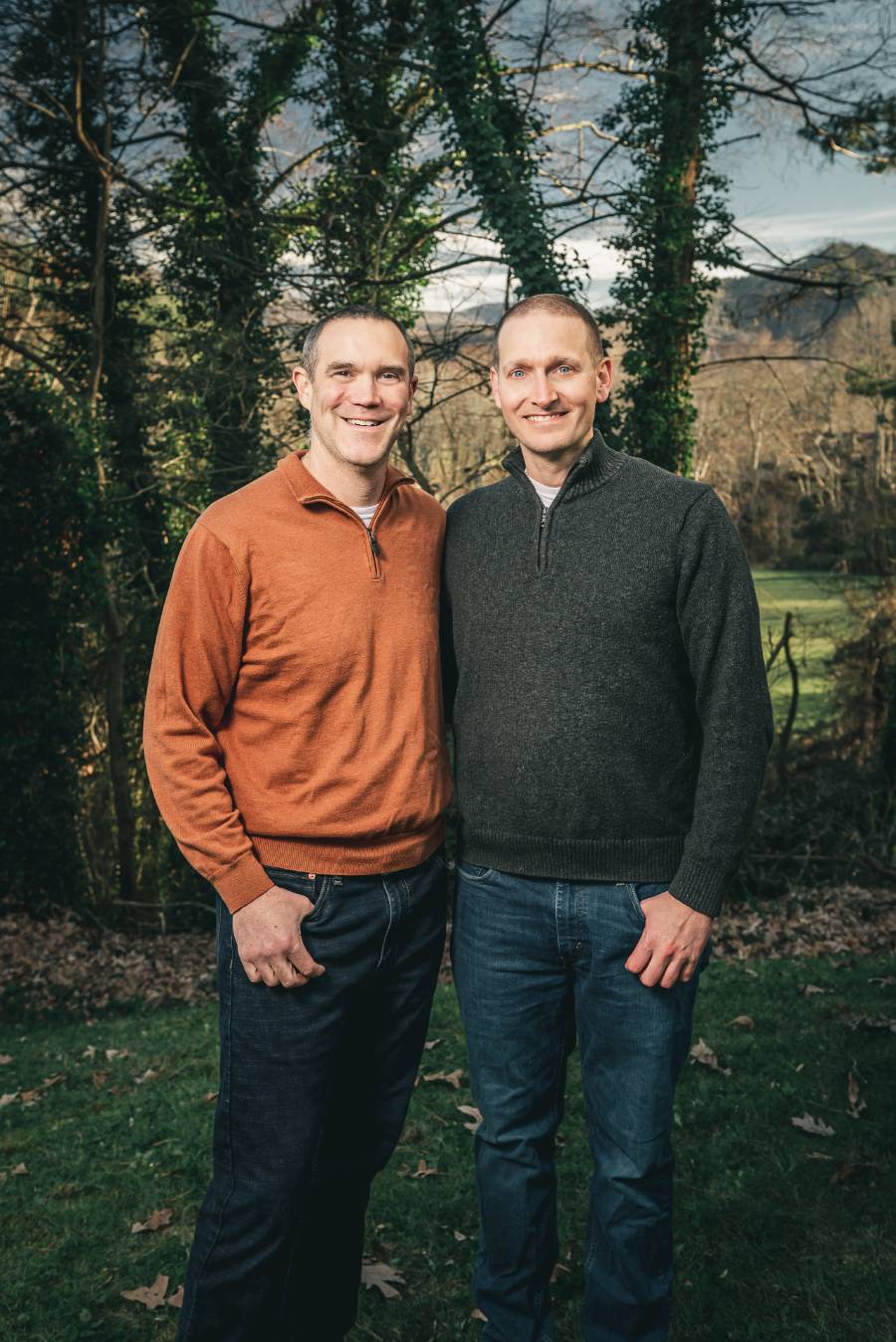 From Asheville
From Atlanta
From Knoxville 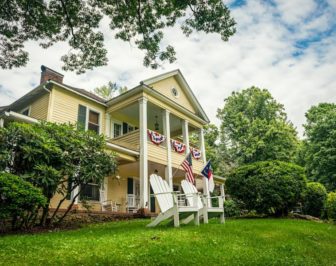 “The view was spectacular and so peaceful. Exactly what we needed!” – Amanda M.